The Youth of Stockholm

More about Swedish culture written by a Swedish student in Paris. 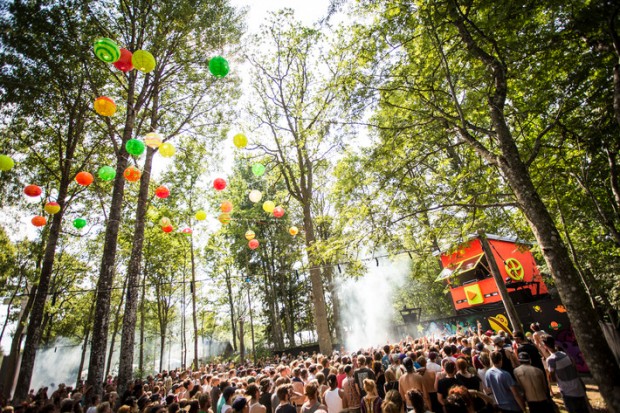 The swedish culture have many different branches that reaches down to the underground scenes of obscurities and quaintness.  Just as all underground styles of art arises, it begins as a subculture, willing to become more or even less than its root. Today most people connect underground culture directly to music, which is not necessarily wrong but also not always right. They usually have a music genre or subgenre that acts as the theme song for the whole fashion that might change during time. An example is the skating scene, which have been active for a long time. In the early days, the music connected to it was trashy metal or provocative punk but since trends are changing so is the skating community. Now everyone thinks of OG hip hop or grimey trap beats when associating with skateboarders. Although the music might have tilted, the skaters stay with the same cocksy upstage humbleness, since the sport (almost) stays the same. In Sweden a lot of subcultures have appeared, and a vast part of them still have followers. In the 50s the cultures of Raggare (comes from ragga, which means trying to hook up with someone) who revolves around engines, snus and beer was introduced. At the same time as the hip hop culture spread to the suburbs of Sweden with bands such as The Latin Kings, who were the flagship in swedish hip hop at the time, the rave culture began to take place in old hangars and industrial areas in the early 90s. 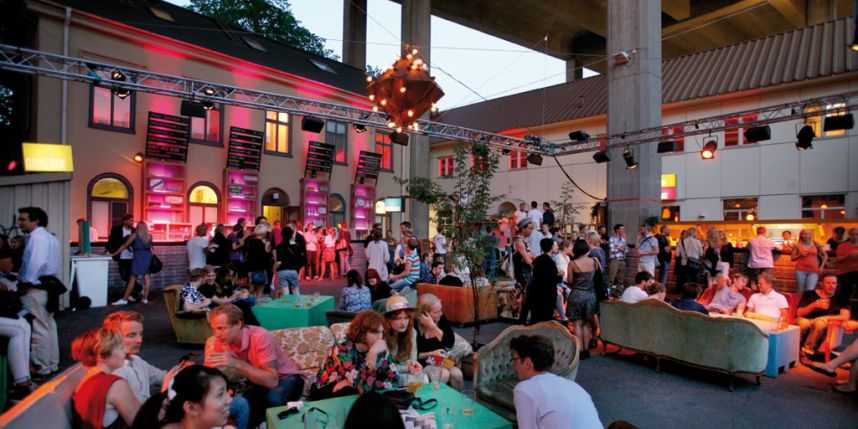 Nowadays the culture around Stockholm orbits around which places to eat, drink and dance, which at sometimes can be a bit plain. Because if you don’t know where the most eco friendly bar is, who sells the most locally produced IIPA with a bartender with the thickest beard you’re not cred. The word cred (short for credibility) is widely used and for the stockholmian people it always seems to be an unwritten cred list of the bars to go to. But don’t ask for this unwritten list, then you’ll loose all your cred.

The style of Stockholm is pretty good represented as the scandinavian design, clean gray or slate black with nothing but subtle details. We have a swedish saying for it “svart och svår” which basically means black and difficult. It may be appreciated and used by a lot of people from different ages but a lot of the youth feels that there’s no room to express yourself in this kind of style. So where can one overexpress herself without getting judged risking to loose ones cred?

Well the answer have emerged naturally for some, as for me, festivals were the perfect medium. You have this framework made by the line-up, which makes every festival unique. No matter your preference, the intoxication is always there. Whether it’s heroin, MDMA, weed, ketamine or good ol’ legal alcohol. This part have on the last years resulted in an overdose of police patrols and shutdowns all over the festival scene in sweden. Most swedish festivals also embrace the camping, which makes the nightlife thriving and continous even though all artists are done. The mix between all these results in an open and never ending forum to meet people who digs the same jams and smacks the same crack. And no one cares about if you wanna wear angel wings, slippers and a cowboy hat or whether you know how ecobiological the new beer is at Morfar Ginko at Söder.

Different festivals specializes in different styles of music but something bond all of them together. Like if there is an oppressed underlying feeling who only ventilates during these events. And the feeling reaches beyond getting hooked on nitrogen balloons and chugging wine boxes in the crowd. I think it’s the rich swedish youth searching for meaning in memories, or for memories of meaning. And during this hunt, they find these strange savage anarchy days in the outskirts of some smaller town no one can prononce where the daily problems shift from “oh how expensive this bio-ecological-organic-paleo-coffee-smoothie is” to “I wonder whether to stash the weed in my undies or my socks”. 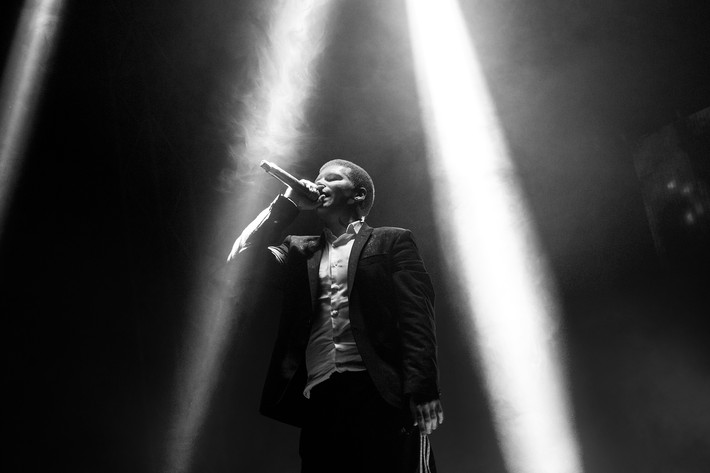 One boy who climbed the ladder of Stockholm cred in a short period of time when he was 17 years old is Jonathan Leandoer aka Yung Lean. Living in the most desired part of Stockholm, Södermalm, it all started as an youtube-/soundcloud rapper, making cloudy hip hop with his friends (Sadboys) and playing with the autotune. Just as Lil B, he experimented with this new weird kind of rap and got viral with his video on Ginseng strip 2002. Ever since he have climbed out of that hole he started from and have now collaborated with A$AP Ferg, Travis scott etc. I’ve got the luck to see him at one of Sweden’s biggest festival as a main act.

Yung Lean started as a slave of the cred, but have turned the coin after detox rehabs and worldwide acknowledgements. Even now he’s changing his game, turning from the initial rap he once were coining, to another level. One week ago he published his first short film Stranger, which acted as a prequel to the album with the same name released days after. This album shows a big difference, especially in the beats, and a new style Yung Lean wants to admit. But the difference is negligible if you compare to his new side project jonathan_leandoer127. The sounds he has published under this name are distorted rap ballads and were supposed to be very exclusive since it was initially only a limited cassettes release (high cred).

I think that Jonathan is a prime example of the Stockholm youth. Thriving to climb the cred-ladder desperately wanting to change style and make a statement to the system. Aimlessly getting wastedWanting to distort those memories until they have a meaning and always in a rush. Always running, because someone said that there’s supposed to be a new bar in Södermalm which have a new bio-confused-ecoliberal-antigluten-rawish-coffee-beer-milkshake-wrap, so you better hurry up.

This might be the first article in english that you’ve seen on Urbaine, but it won’t be the last. My name is Philip A. and I’m a swedish student currently living in Paris.